A big Thank You to Derek Shulman and Kerry Minnear for answering the questions from the Universum Noll readers. Hope to hear from you soon!

1. A lot of people think the music of Gentle Giant has made the world a better place. Do you agree?

DEREK SHULMAN: It would certainly be a little presumptuous to believe that Gentle
Giant's music had the same effect on mankind as Abraham Lincoln or Nelson Mandela. However, the fact that the music has lasted and is still appreciated
makes US happy. I think the fact that the band played with a good element of integrity and if only one person understands this and lives his/her life with that in mind then the world is better off.

2. Still 30 years after it’s conception, Gentle Giants music is still held high and regarded inventive and adventurous. What do you think the legacy of Gentle Giant's music will be a hundred years from now? 200?

KERRY MINNEAR: Who can say? I have been amazed and delighted that today’s young people are finding Gentle Giant intriguing and valuable, and so I suppose it is possible that this regeneration of interest could continue over a long period of time. I think in its favor Gentle Giant’s music was not part of a "fashion wave’' and therefore it stands a better chance of not becoming out dated.

3. Why do you think there is so few recorders in today’s rock music?
DEREK SHULMAN: I think Gentle Giant was possibly the ONLY band crazy enough to even try to integrate recorders into its music gives you the answer. The sound of any other instrument cannot compete sonically with guitars and keyboards in rock music. Also the fact that rock music on a live stage is about performance and playing a recorder is not exactly the
sexiest way to show off your musical chops in that medium.

4. Do you see any modern bands that carry on the sprit of / legacy of Gentle Giant?

KERRY MINNEAR: I have heard that ‘Spocks Beard’ have a similar approach to writing and arranging as ourselves. There may well be more but I don’t get much opportunity to listen to progressive rock music.

5. Mike Portnoy of Dream Theater says that today is a "golden era of prog"" Any comments?

DEREK SHULMAN: I think that Mike is saying this looking in a mirror ( I can say this because I signed Dream Theater to their record deal). Seriously, there is a lot of very good music out there. However, the problem is that most bands will not have an opportunity to grow into something that makes a difference musically to the popular music landscape. The business today does not really offer the opportunity for development of a long lasting career. It took 3-4 years before Gentle Giant finally integrated its various members styles into a style that SOUNDED like Gentle Giant. The music business today expects immediate returns on their investment, so that if a new band's music does not sell immediately they will most likely be dropped and never heard from again.

KERRY MINNEAR: The band was always comfortable supported economically thanks to the legacy of Simon Dupree and the Big Sound. Because of this the earlier albums were entirely about enjoying and experimenting with musical ideas. From ‘The Missing Piece’ album onwards I think we were hopeful of a success in the singles market which might encourage a wider audience and our music became a little less adventurous. The band came to an end quite naturally I think, although it might have been different if we had been successful on a large scale.

7. What are Your Aspirations today, musically?

DEREK SHULMAN: My personal aspirations are that the music from my past continues to have the legacy and life that it has continued to enjoy. I also love to find and nurture new artists which I have been doing since the band disbanded. To find the next "Dream Theater" or 'Pantera" or yes (gulp) Bon Jovi gives me some pleasure. At the same time I have been tinkering with composition again recently for myself and even if it has an audience of one (me) thats fine by me too.

8. Could You, as a former member of Gentle Giant, consider making " A Reunion " Concert to the delight of the Fans, as a ' Happening ' ? This could of course be in any constellation of Original Members of Gentle Giant and maybe this would also include other musicians which suites each appearance on stage ?

KERRY MINNEAR: I might be happy to take part in such events given the right circumstances and it makes me very happy to know that there are people who would genuinely like this to happen. There are however several reasons why the band can never reform as it was so maybe it is best left alone! 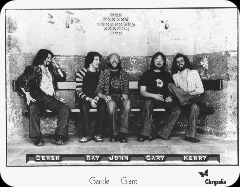 Listen to the Music: 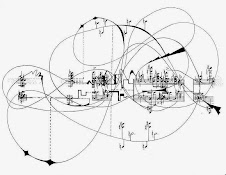 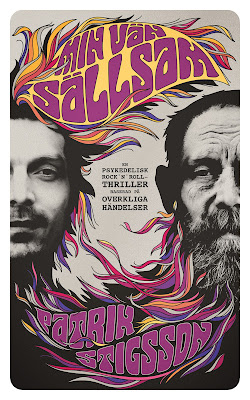